The Pros and Cons of Using a Pen Name 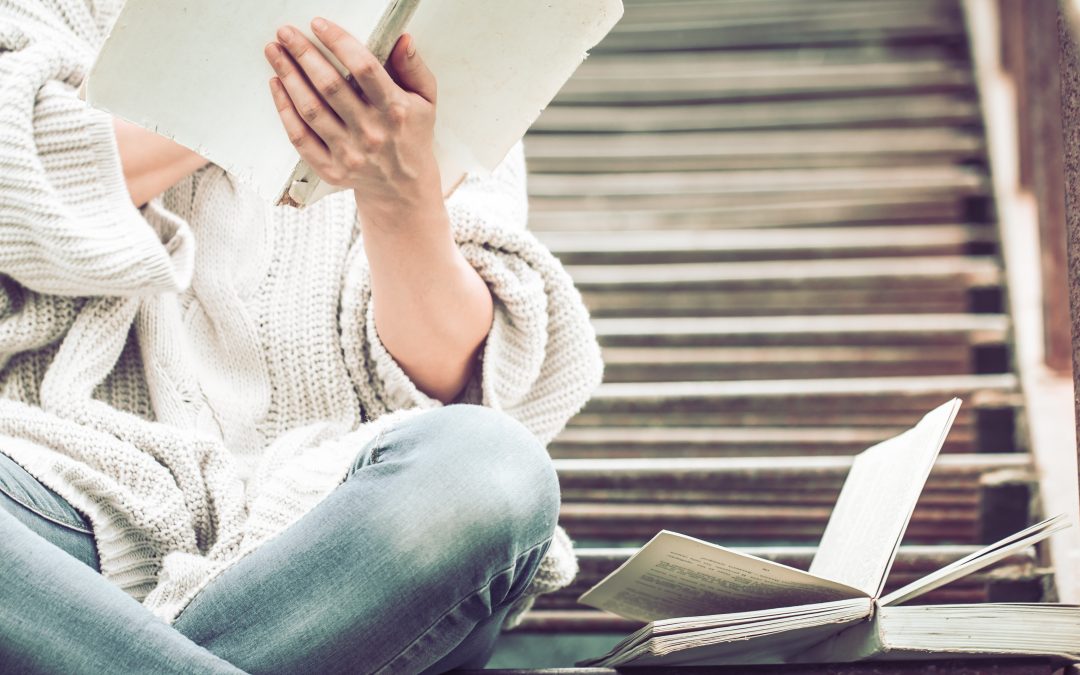 Let’s face it: Putting a book into the world can be a vulnerable thing. You’re putting your words…your story…your ideas…dare I say your heart, right out there.

And if you’re lucky and do your job right, people are going to read it! And judge it! And most frighteningly, write Amazon reviews about it! (Cue the horror music.)

Depending on who you are, this whole process lands on the stress spectrum somewhere between “nail-biting” and “unsurvivably terrifying.”

So what’s a would-be author to do? Based on what I hear from our editorial clients, seems like a lot of folks want to take the fear down a notch in one particular way.

A fancy French term for “pen name” or pseudonym, using a nom de plume means picking a name other than your own and slapping it on the front of your book. That way you can—the theory goes—write about all the things, without all the anxiety.

And to some degree that’s true. But going incognito when it comes to your book has its drawbacks as well. I want to set the record straight so you can make an informed decision about whether a pen name is the right choice for you. Read on to learn more!

The Allure of the Nom de Plume

Choosing a faux name for your public, writerly persona is a storied literary tradition. Remember George Eliot, Mark Twain and George Orwell? Yeah, not their real names. And recent bestsellers Elena Ferrante, Sophie Kinsella and E. L. James? They’ve all gone the pseudonymous route. So why have such talented authors made the choice to cloak their identities? What’s the draw toward writing a book undercover?

I thought you’d never ask. As it turns out, there are many varied and personal reasons why an author might choose to use a pen name.

It’s those last two reasons that seem to carry the most weight among my authors. As you’ll see below, they are also the most problematic in today’s publishing atmosphere. 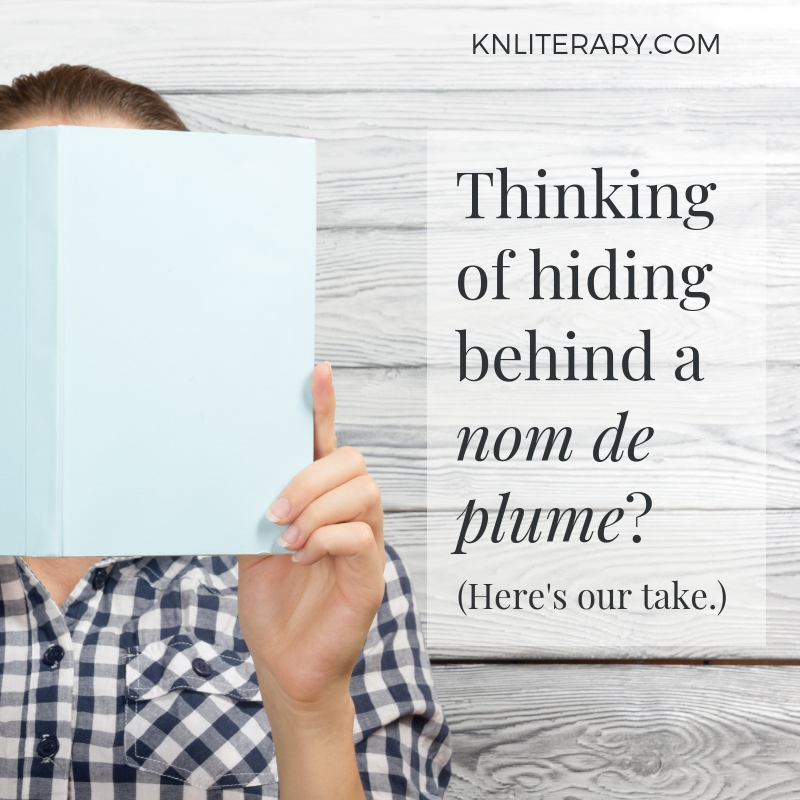 The Novelist and the Nom de Plume

Take another look at the pseudonymous authors I mentioned above. Now, ask yourself what they have in common. They—like the vast majority of authors who have successfully employed pen names—are primarily writers of fiction. Since I myself edit self-help and personal growth titles (and the majority of the readers of this blog are writing nonfiction) I wanted to highlight this point: It may be easier to write under a pen name if you’re writing fiction.

Why would this be? The difference has to do with why people read fiction versus nonfiction. Readers who love novels are open to, and perhaps even in search of, a certain type of escape. They are ready to be drawn into an imagined world in search of entertainment, pathos and heart-pounding adventure.

While we may be curious about the novelist who wrote a book we love, the fact is that the author’s persona, history, expertise and life circumstances are secondary to the quality of their story and their writing. The reading experience itself is the primary motivator for picking up the book, not the author. Thus it is easier to let the book stand on its own—without connecting a face to a name.

The Pseudonym and the Expert

But when it comes to nonfiction, the impulse for selecting one book over another goes beyond the reading experience. People pick up nonfiction in order to learn something true about the world. Even if you’re reading a memoir that reads like a novel, you relate to it differently because you know the story is factual.

This is why you rarely see writers of nonfiction cloaking their true identities. Nonfiction writers are teachers, speakers, academics, healers—in other words, experts. Their books are an extension of their actual work in the world. It feels important for us to know who they are and how they gathered their expertise. How else will you know whether to trust their instruction, their approach, their research, or their opinions?

What’s more, in today’s online-influencer marketplace, most books are sold via some connection—real or perceived—between the reader and the author. Thought leaders need to be in front of the camera and at the top of the news feed. We want to know who an author is, in addition to what they know. We follow experts on Instagram, Facebook and Twitter, watch them on YouTube and IGTV, and listen to their podcasts on Stitcher and Apple Podcasts—and then, when they finally write a book, we’re the first in line to pre-order.

The Pros of Using a Pen Name

With so many folks coming to me asking (okay, begging) for my permission to use a pseudonym, you’d think it must be a really great thing. And not for nothing, there are a few good reasons why you might be hankering to keep your identity a secret, Superman-style. So for you Clark Kents out there, here are a handful of “pros” for keeping it incognito:

So there you have it—three checks in the “pro” column. I must really be a fan of pseudonyms, right? Read on to see for yourself.

The Con of Using a Pen Name

Unfortunately, it’s my professional opinion that in all but the rarest of cases, the “con” of using a pen name far outweighs the pros. No, that’s not a typo—I wrote “con” instead of “cons” on purpose. Because there is really only one con to using a nom de plume, but it’s a heckuva big one if you want people to buy, and then read, your book:

Con: Hiding your identity makes it really hard to get the word out about your book.

Today’s publishing marketplace has simply become too highly dependent on personality and author-reader rapport-building for you to expect to sell copies of your book without marketing the heck out of it. The term “marketing” as I’m using it could mean any number of things, including but not limited to: Speaking engagements, social media posting, blogging, YouTubing, podcasting, book signings, pitching yourself to local media, launching online courses, hosting workshops and more. All of which require YOU—your face, your voice, your ideas, your stories, and the vulnerable truth of who you are—to be on full display.

How to Successfully Use a Nom de Plume

Truly, the only way I can see to be successful using a pseudonym in today’s publishing marketplace is to become someone new. To adopt, legally or just short of it, the nom de plume you want to use as your very own. To leave the old version of yourself behind and become the persona under which you’ll be writing.

One famous transformational nonfiction authors who “became” her pen name was Louise Hay, the author of You Can Heal Your Life and founder of Hay House. Other famous nonfiction authors have made changes to their given names to make them more catchy—or common. For example, Dale Carnegie gave his name a facelift (he was born Dale Carnagey) and Zig Ziglar took on his childhood nickname (his legal name was Hilary Ziglar).

Of course, if your desire is to remain incognito, this become-your-pen-name strategy isn’t going to be much help. That cute face of yours will still be the one speaking at the writers’ conferences; the one we see on your YouTube channel; the one in the catalog advertising your upcoming retreat. Your family and colleagues will recognize you immediately. In other words, you’re not going to win the hiding game.

When it comes down to it, here’s my advice: Don’t use a pen name if you can avoid it.

If you’re writing fiction and you have a really good reason to use a pen name, consider what you’ll do if and when your book really takes off. Will you dust off your acting degree, stepping fully into the faux persona of “Gloria Alpenglow” when you’re invited to speak on podcasts or at conferences? If so, you may find success.

If you just want to add a middle initial to differentiate yourself from an already famous author with your same name, or if you want to give your dull moniker a bit of bling by using a nickname, I say “why not?” Just prepare yourself to take on this alternative spelling in perpetuity.

But if you’re writing nonfiction, my professional advice is to do whatever you have to do to make the book something you can proudly claim as your own. If it takes imagining yourself publishing under a pen name to even write the book, then let your imagination run wild. But once you’re happy with your masterwork, consider what changes would be required for you to put your real name on the cover. What would you need to take out? What would you need to put in? What emotional adjustments would you have to make? What beliefs about yourself, your deservingness, your talent or your sense of belonging would you have to revise in order to stand up in front of the world as the author you have become, giving the gift of your experience and expertise to the world in the form of a book with your own name on the cover?

Then do that work. Do it until you’re ready to claim your new identity as an author, a teacher and a thought leader. Until the fear of exposure quiets to a whisper, and you find yourself driven in your desire to find readers, sell books, and change lives for the better. In other words, until you’re ready to take a deep breath, gather your courage, and step into the spotlight as . . . yourself. 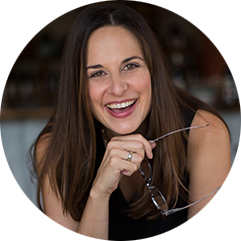 Kelly Notaras is the founder of kn literary arts and the author of THE BOOK YOU WERE BORN TO WRITE: Everything You Need to (Finally) Get Your Wisdom Onto the Page and Into the World, published by Hay House. An editor for 20 years, she’s worked at HarperCollins, Penguin, Hyperion and Sounds True. She speaks regularly at the Hay House Writer’s Workshops and offers consultation by appointment. Find out more about how she can help you with your book.